Mr. Guo Mr. Guo founded Sunpower in 1997 and is currently Non-Executive Chairman of the Board. Before he founded Sunpower, Mr. Guo was a Lab Director at the Heat Pipe Research Centre of Nanjing Chemical Institute and served as Director and Deputy General Manager at Shengnuo Group from 1993 to 1997. Mr. Guo was Vice Dean of Heat Pipe Technology Development Institute of Nanjing Tech University and Deputy Director of the National Science and Technology Ministry Heat Pipe Technology Promotion Centre from 1995 to 1997. Mr. Guo was appointed as independent non-executive director of Genscript Biotech Corporation, a company listed on the Hong Kong Stock Exchange, in 2015. In addition, Mr. Guo serves as a part-time instructor at the MBA Education Center of Nanjing University and as industry professor at Nanjing Tech University. He was also appointed as Tsinghua University EMBA Alumni Entrepreneur Mentor in 2017.

Mr. Guo has received many awards and honours. He was awarded prizes in technological progress by the Ministry of Education of the People's Republic of China ("PRC") in 1994, the National Federation of Industry & Commerce and Jiangsu Province in 2009, and the China Petroleum and Chemical Industry Federation in 2010. Mr. Guo was recognised as "Great Contributor to Nanjing Science and Technology" in 2006 and was awarded the special government allowance by the State Council of the PRC in 2012 for his outstanding contributions. He was appointed Team Leader of the National Standardisation Technical Committee for heat pipes in 2008. In 2011, Mr. Guo was awarded "Jiangsu Top 10 Outstanding Entrepreneurs" and "Innovative Entrepreneurial Talents"; elected as the expert of "333 High Level Talents Training Programme"; and engaged as the first batch of industry professor in Jiangsu Province. In 2015, he was recognised for his scientific & technological innovation and entrepreneurial talent (known as "Ten Thousand Talents Plan") by the Ministry of Science and Technology of the PRC. Further, he was engaged as the third batch of industry professors in Jiangsu Province by the Science and Technology Department and other departments. In 2016, he was awarded as the "Leading Talent of the National Special Support Program for High-level Talents" by the Organization Department of the Central Committee of the Communist Party of China and other departments. In addition, Mr. Guo was honoured as Top Expert of Nanjing and appointed as Vice Mayor of science and technology by the government of Changyi City, Shandong province, in 2017. He won the Ernst & Young Entrepreneur of the Year 2018TM China and was honoured with the title of "Jiangsu Outstanding Entrepreneur" in 2019. In 2021, Mr. Guo won the second prize of National Science and Technology Progress Award.

As part of the 100th anniversary of the founding of the Communist Party of China, Mr. Guo was awarded the honorary title of "National Outstanding Communist Party Member" on 28 June 2021 in recognition of his remarkable achievements and the outstanding track record of Sunpower of more than two decades. Since the founding of Sunpower, Mr. Guo has been resolved to industrialise many scientific and technological achievements, and has led the Group to follow the path of localised innovation based on the "industry-university-research" cooperation model, along with sustainable development.

Mr. Guo obtained his Bachelor's degree in 1983 and a Ph.D in Geotechnical Engineering from the Cold and Arid Regions Environmental and Engineering Research Institute of the Chinese Academy of Sciences in 2010. In 2014, he obtained his EMBA from Tsinghua University.

Mr. Ma joined Sunpower in 1997 as the Company's co-founder and served as Deputy General Manager. Through the various stages of the Company's development, he was responsible for marketing, sales, production, procurement, finance and investment, among others. He was appointed as Executive Director of the Group in 2004, overseeing finance, investments, mergers & acquisitions, investor relations, and spearheading the work on Sunpower's IPO on the Singapore Exchange. Mr. Ma has been appointed as the Chief Executive Officer of the Company with effect from 11 August 2021.

In 2008, Mr. Ma was entrusted with the responsibility for overall management and operational development of the Group. Mr Ma drove the formulation and implementation of strategic planning and comprehensive budget management for the Group, pushed forward the institutionalisation and refinement of corporate management, and propelled the internationalisation of business and diversification of coverage of industries to attain long-term sustainable development of the Group.

Since the strategic expansion of the Group into the GI Business in 2015, Mr. Ma has led the formulation of the strategic plan and business model and is responsible for the implementation of its long-term objectives. He takes charge of the entire business development cycle including market research and development, project investment and financing, project implementation, development and construction, as well as post-investment operational management. Mr. Ma has led the establishment of professional management systems and teams and has managed the GI Business segment to its current healthy stage of development where it is able to function autonomously within a complete system.

Before co-founding Sunpower, Mr. Ma worked in Nanjing Chemical Industrial Company. In 1992, he founded Hainan Lida Industrial and served as General Manager of that company. Mr. Ma graduated from Nanjing Chemical Engineering Senior College in 1983 and obtained his Master's degree in Engineering Management from the University of Shanghai for Science and Technology.

Mr. Lau has been an Independent Non-Executive Director since February 2005 and was last re-elected on 24 June 2020. Mr. Lau was a Member of Parliament for Yio Chu Kang Constituency from 1980 to 1991 and a Member of Parliament for Ang Mo Kio Group Representation Constituency from 1991 to 1996. He served as a Director of Ang Mo Kio Community Hospital from 1993 to 1999 and Chairman of the Medifund Committee of the hospital from 2001 to 2005. He was Head of Computer Services in a statutory board and two local banks from 1973 to 1996. He was the General Manager of NTUC Link Pte Ltd. between 1997 and 2000 and was the Executive Director of People's Action Party/PAP Community Foundation from 2001 to 2012.

He is currently an Independent Director of two other listed companies in Singapore and a member of the Singapore Institute of Directors. In addition, he is Chairman of the Programme Advisory Committee for BA Translation and Interpretation and an examiner for Certification Examination for Professional Interpreters, School of Humanities & Behavioural Sciences, Singapore University of Social Sciences. He is also adjunct Professor of Translation and Interpretation. Mr. Lau graduated from the Australian National University with a Degree in Economics and also holds a Diploma in Business Administration from the University of Singapore.

Mr. Chin was appointed as an Independent Non-Executive Director in February 2005 and was last re-elected on 25 April 2019. He was the Managing Partner responsible for running, managing and growing the professional services of PKF Singapore entities including PKF-CAP LLP, a firm of chartered accountants in Singapore from 2017 to 2020. With effect from 1 January 2021, he is appointed the Executive Chairman of PKF in Singapore.

Mr. Chin started his accountancy and audit training in Casson Beckman, a medium sized firm of chartered accountants in London in 1980. After he qualified as a chartered accountant in 1983, he joined legacy Price Waterhouse and worked in UK, Europe and Singapore from 1983 to 1994. In 1994, Mr. Chin joined the Institute of Singapore Chartered Accountants ("ISCA") as the first Practice Review Director. In 1999, Mr. Chin joined Arthur Andersen as a partner in its Assurance and Business Advisory Division and he left the firm in 2002 to set up his own audit and consultancy practices.

Mr. Chin also serves as Independent Director, mainly in the capacity of Audit Committee Chairman of three other companies listed on the Singapore Exchange. He is a member of the PKF International Asia Pacific Board and was formerly a council member of ISCA and the Chairman of the Public Accounting Practice Committee of ISCA.

Mr. Yang was appointed as an Independent Non-Executive Director in November 2017 and was last re-elected on 28 April 2021. He was appointed as Lead Independent Director of the Group on 25 June 2019. He is a PRC Certified Public Accountant (CPA), a senior member of the Chinese Institute of Certified Public Accountants (CICPA), director of the Accounting Society of China (ASC), a member of the First National Audit Information and Standardisation Technical Committee and President of Shenzhen Rihao Financial Intelligence Research Institute. Mr. Yang has been an accounting teacher at Nanjing Audit University since 1987 and was the Dean of the School of Accounting at Nanjing Audit University. He was a part-time Professor at Curtin University of Australia and served as Vice-President of Xi'an Eurasia University from 2014 to 2018. Mr. Yang has also served as an independent director in a number of companies and is currently an independent director of the following listed companies: Jiangsu Kanion Pharmaceutical Co., Ltd., Luenmei Quantum Co., Ltd., and Kingswood Enterprise Co., Ltd. Mr. Yang graduated with a Bachelor's degree in Economics from Anhui University in 1982. He studied as a visiting scholar in the field of auditing in Nanjing University from 1994 to 1995.

Mr. Wang was appointed as an Independent Director on 25 June 2019 and was last re-elected on 28 April 2021. He graduated with a Bachelor of Law degree from Peking University in 1984. From August 1993 till May 2002, he worked with many established Singapore law firms as their Chinese Legal Counsel. Mr. Wang then set up Shanghai Yuantai Law Offices in 2004 and is the firm's founding partner. 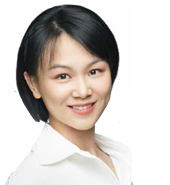 Ms. Wang is a Director at DCP, where she was actively involved in several equity investment deals. Prior to DCP, Ms. Wang was an Analyst at Hony Capital from June 2012 to June 2014 and Senior Associate at MBK Partners from June 2014 to June 2018. Ms. Wang graduated from Massachusetts Institute of Technology with a Master in Finance and Peking University with a Bachelor of Engineering and Economics.